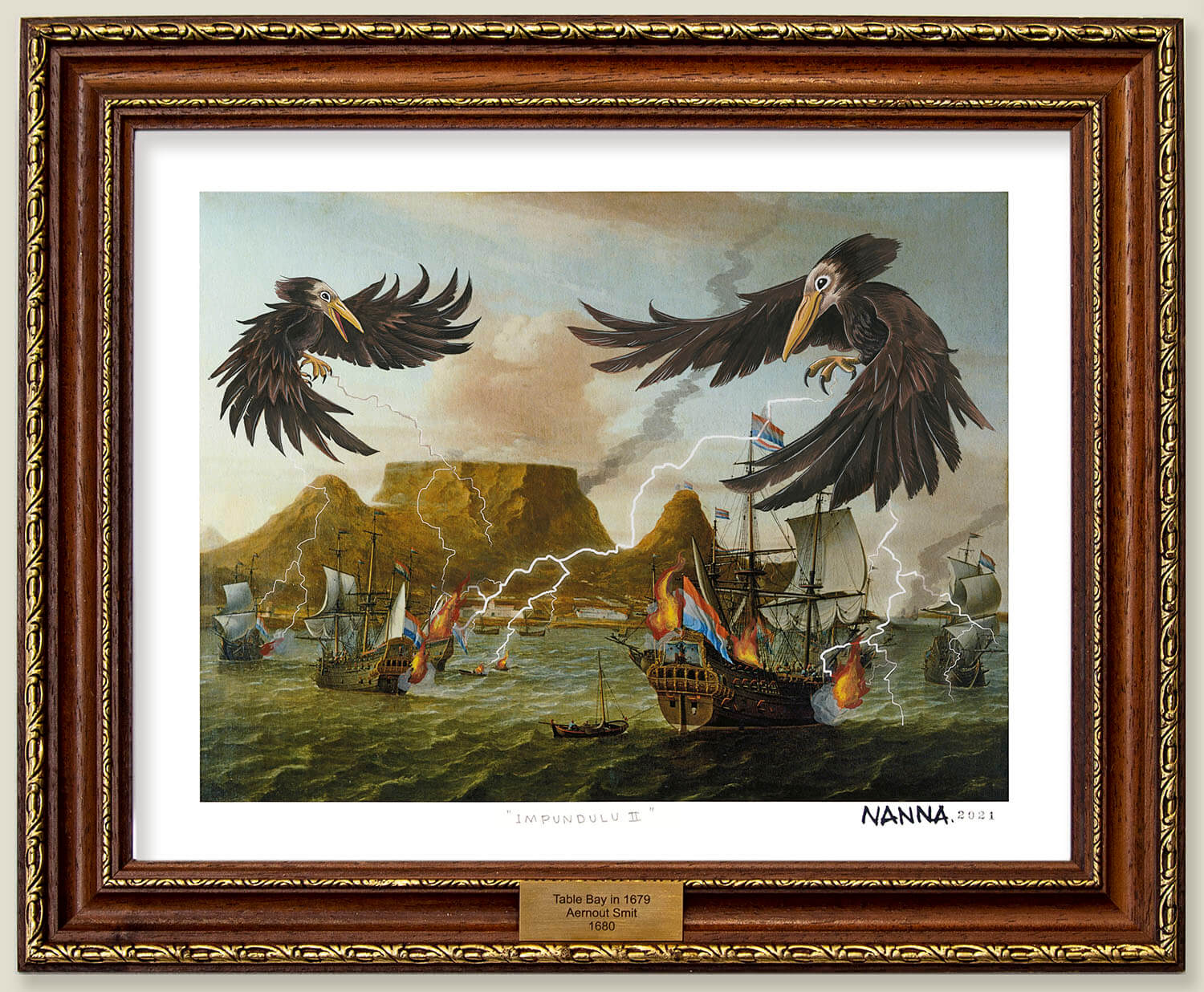 Historically Impundulu, or the “lightning bird”, was a creature who featured in the folklore of the Nguni people. It is a vampiric creature associated with witchcraft, often the servant or familiar of a witch or witch doctor, which attacks the witch’s enemies. The creature takes the form of a giant black and white bird, which is said to summon thunder and lightning with its wings and talons. Since the 20th century, Impundulu, in Nguni parlance, has referred to an entity that possesses those who are suffering from physical or mental afflictions (Hammond-Tooke, 1974).